Sky Films seeks to share inspirational stories from around the globe that reflect the triumph of the human spirit, and connects these stories with an international audience.

Sky Films Inc. produces moving documentaries on significant topics and gets them seen by a wide audience.

After decades of specializing in international productions for worldwide companies such as Coca-Cola, GE and IBM, James Tusty and Maureen Castle Tusty decided in 2008 to sell their company Mountain View Group, Ltd. and founded Sky Films Inc., a production company dedicated to documentary films. Additionally, they decided to work on their documentary films as partners. (While at Mountain View they rarely worked on projects together.)

Since then, they have produced multiple documentary films that have played in theaters, aired nationally, and produced several educational films for schools. But that’s not the amazing thing. Despite this output, we are happy to report that Jim and Maureen remain happily married. In fact, they are stronger for it.

Their first documentary project collaboration was The Singing Revolution. This feature documentary film tells the moving story of Estonia’s non-violent march to freedom after enduring over fifty years of a brutal Soviet occupation. Massive singing demonstrations played a pivotal role in these historical events. The Singing Revolution tells the story of one country’s undeniable thirst for self-determination and its unshakable belief in what it means to be free—to be Estonian.

Compared to Casablanca by the New York Times, The Singing Revolution was one of the most successful feature documentaries of 2008. Using unique web and niche marketing strategies, the film played theatrically in 125 North American markets, and was later cited as one of five “maverick” films changing the independent film industry by the New York Times.

In late 2009, it was released as a DVD. In its first three months, over 2,500 orders came in. For a documentary film, that’s a lot, and thousands more have since been ordered.

In 2011, the film was also released to U.S. high schools along with 25 lesson plans for use of the film in a variety of classes, including Art, Social Studies, Music and English. The educational version has been used by over 10,000 schools.

It is estimated that The Singing Revolution has now been seen in its entirety by well over 10 million people, and has touched over 400 million people who have come across some slice of the film or its publicity.

Since The Singing Revolution, Sky Films Inc. has produced multiple full length documentary films for television broadcast: India Awakes, To Breathe as One, Economic Freedom in Action: Changing Lives, Trailblazers: The New Zealand Story and Sweden: Lessons for America? (to be released in Fall 2018).

Sky Films Inc. can take a project from initial concept to development and fundraising, through the film production (most often international), and then put the film before an audience.

Imagine the scene in ``Casablanca`` in which the French patrons sing 'La Marseillaise' in defiance of the Germans, then multiply its power by a factor of thousands, and you've only begun to imagine the force of ``The Singing Revolution``.
— The New York Times

Forget those reality shows where budding inventors and entrepreneurs compete at begging celebrities to endorse and invest in them; PBS has the real story of smart, gutsy determined people who built their companies from the ground up and brought jobs and hope to their families and communities. In the one-hour documentary ``Economic Freedom in Action: Changing Lives``, directors James Tusty and Maureen Castle Tusty profile five people in four corners of the globe who did what they were told was impossible.”
— Examiner.com

``The Singing Revolution`` is an undeniably important film.”
— Chicago Tribune

If a tree falls in the woods, but no one is there to hear it…the distribution failed to create an audience for the tree.

Sky Films is dedicated not only to the creation of moving, inspirational stories, but ensuring that the stories are shared as widely as possible.

One of the unique aspects of Sky Films Inc. is its dedication to insuring distribution for all its productions. A colleague of Jim and Maureen’s once said, “The problem with most independent filmmakers is that they think their job is done when the film is finished. In fact, the business proposition has just begun.”

Jim and Maureen take this to heart. They believe in the content of their films (that includes their work-for-hire films), and they want to maximize audience exposure. Documentaries will rarely achieve pop culture distribution standards, but it is very possible to reach millions of viewers with a strategic distribution plan. Sky Films Inc. works towards that goal with each of its films.

Sky Films projects usually include educational institution distribution, and some have included the publication and release of companion books.

As part of Sky Film’s dedication to distribution, in 2013 they became 50% partners in New Visions Worldwide Distribution, Inc. (NVWD). NVWD has distributed over 250 programs on commercial television in its 35-year history, and since becoming a business partner Sky Films Inc. has taken part in the distribution of a dozen more programs.

This varied distribution experience allows Sky Films Inc. to choose the best distribution vehicle for any given film, and then execute on the strategy.

India has already become a global economic engine. But the nation won’t reach its potential until it bridges the notorious gaps that separate the rich, the poor and the ever-growing middle class, says a public television documentary India Awakes.”
— USA Today

Even if you think chorale music is not your bag, the performances at Laulupidu seen in ``To Breathe As One`` will make the hair on the back of your neck stand on end. You can literally hear one hundred fifty years of tumultuous history crescendoing in triumph over their Czarist and Communist Oppressors. It is also a timely reminder of the precariousness of liberty, particularly in light of Putin’s expansionist ambitions.”
— JB SPINS blog

“It’s one of the most inspirational and powerful documentaries I’ve ever seen.”
— ``Reel Talk`` review of ``The Singing Revolution``

This service may seem out of place on the Sky Films Inc. website. It’s the result of decades of experience working with some of the largest international corporations in the world. While Sky Films’ primary activity has become documentary films, there is the occasional connection that leads back to Jim and Maureen’s vast experience in corporate consultation and film production.

High-level corporate communications, consultation, and production grew to be a specialty of Jim and Maureen’s former company, Mountain View Group, Ltd. (founded in 1981, purchased by two long-time employees/friends in 2008). For many years, Jim worked at CEO and Senior VP levels for several Fortune 100 companies, and still occasionally practices organizational communications consultation (on a daily, monthly, or annual basis.) For more information about his specialized communications strategies go to: WorkForce Instinct™.

Sky Films can be retained to produce work-for-hire corporate and foundation projects.

Because of our connection with New Visions Worldwide Distribution, Sky Films also has a very unique capability to produce a 30-minute commercial TV program that focuses on a message of strategic interest to a business, air the program(s) nationally (primarily on local ABC, NBC and CBS affiliates and most often on Sundays around the political talk shows like “Meet the Press” and “Face the Nation”), and include national TV spots within the program for a small fraction of the value of that spot airtime. Contact us to learn more about this unique capability.

…it is clear to me that you, your staff and the entire organization contributed significantly again this year to our record setting performance. On behalf of myself and 30,000 employees worldwide, I want to express our appreciation for your continued seamless support in helping us realize unparalleled performance within the General Electric Company and the energy industry.”
— Bob Nardelli, CEO of GE Energy

The real test in any work is the business results that are produced. In the cases of both the 390 Division and the Storage Systems Division, your work was in the forefront of the largest shipment rates ever experienced by IBM.”
— Jack Berry, IBM Marketing Manager

Filming in Russian in Moscow did not promise to be easy. Somehow, you were able to pull it off and deliver a product that is truly amazing. We are certain that the video series will help us sell more copies of the textbook, which is our goal.”
— Dr. Thalia Dorwick, Publisher, The McGraw-Hill Companies 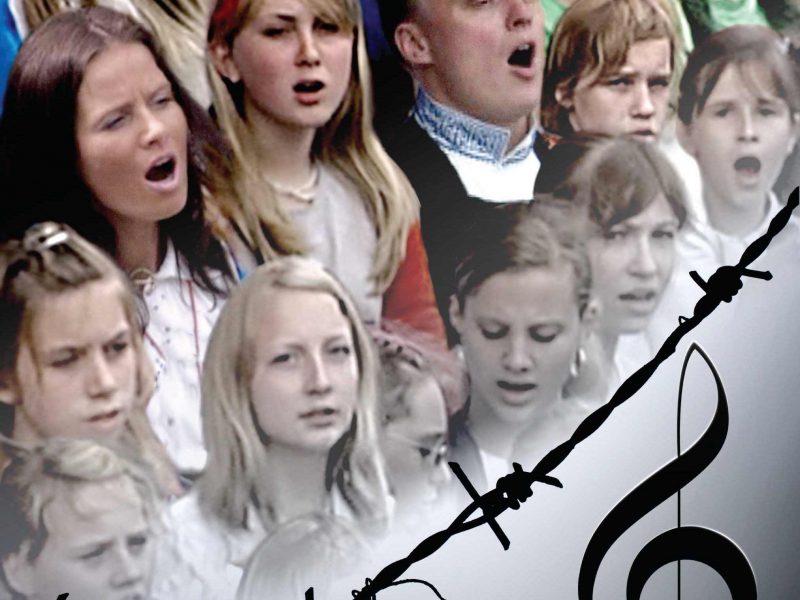 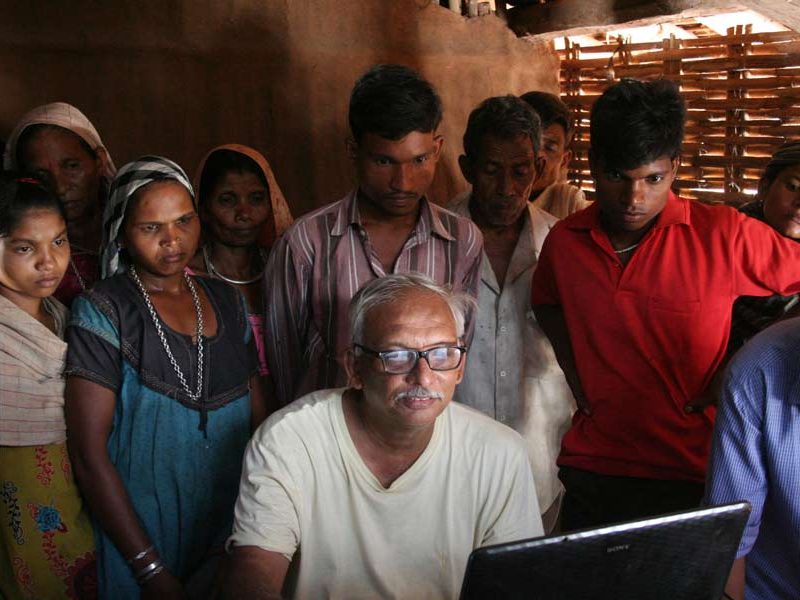 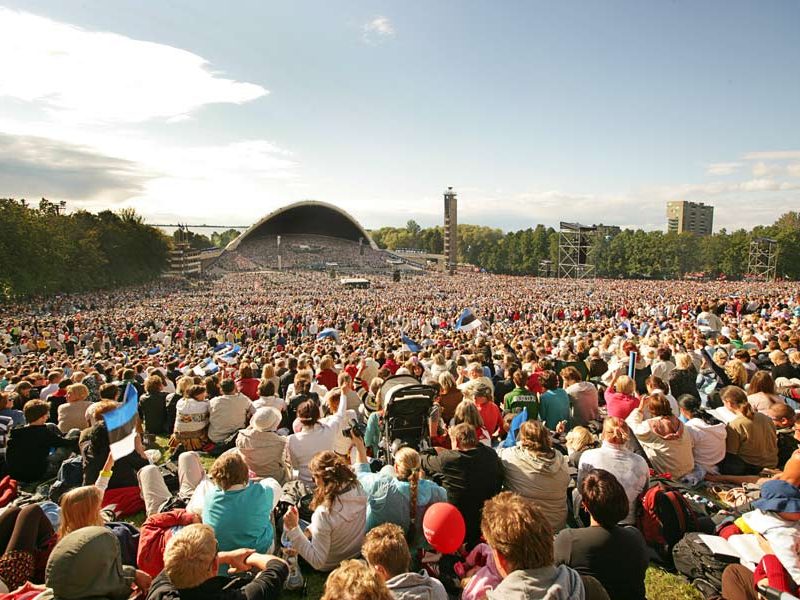 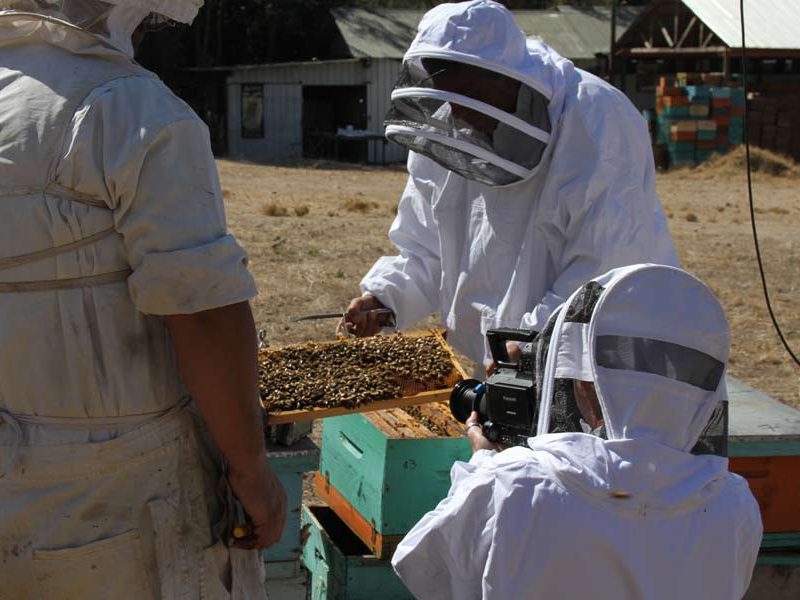 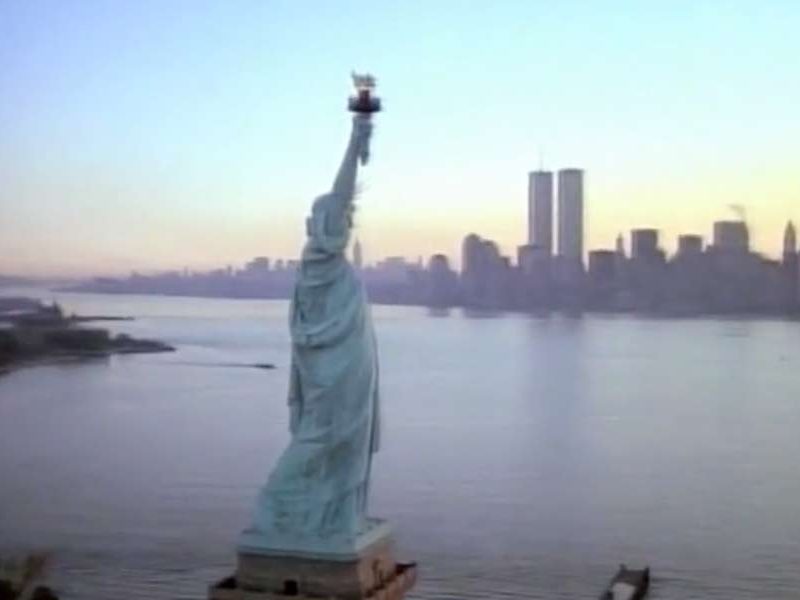 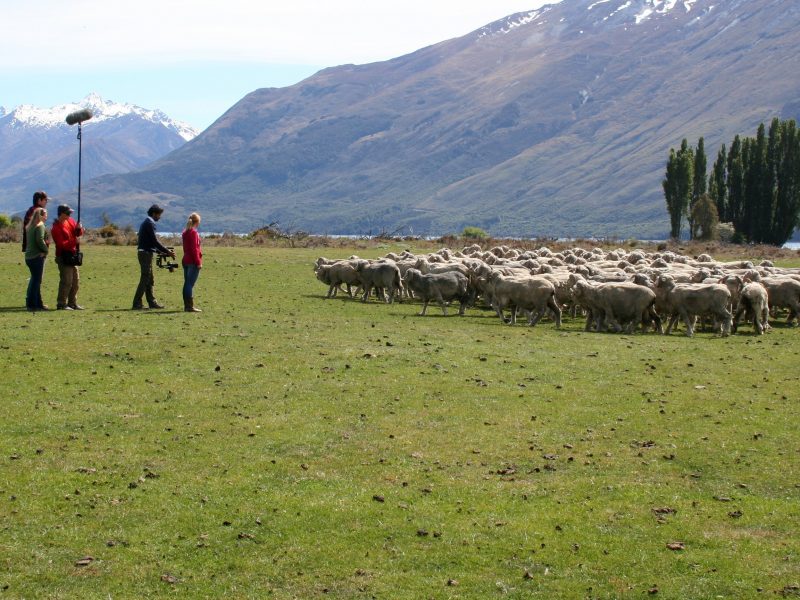 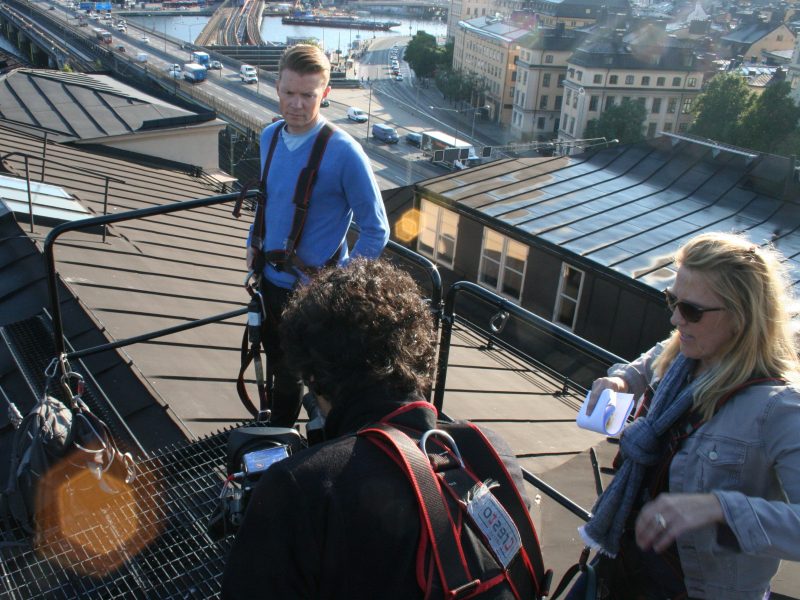 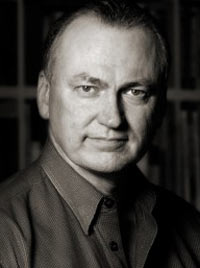 James Tusty is an independent filmmaker, speaker, and entrepreneur. He is Co-Owner and Co-Filmmaker of Sky Films Inc, along with his wife/partner, Maureen Castle Tusty.

In 1981, Jim founded Mountain View Group, Ltd. and built it into a high-level filmmaking and communications consulting firm that serviced some of the largest companies in the world, including GE, Coca-Cola, and The Home Depot. Jim sold his company in 2008 to two long-standing employees, and established Sky Films Incorporated. While helming Mountain View, he developed WorkForce Instinct™ (WFI), an organizational communications process that drives corporate missions into the gut of the entire organization. Working with senior management, WFI was a communications and motivational tool primarily used during major periods of change, such as CEO transitions.

Returning to his filmmaker roots with Sky Films, Jim and Maureen released their first feature film, The Singing Revolution, in 2008, which was compared to Casablanca by the New York Times, and later was cited by the Times as one of five “maverick” films that were changing the independent film industry due to their creative distribution plan. 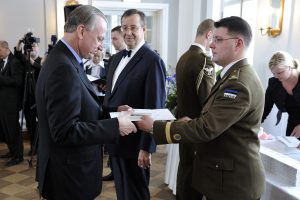 James Tusty receiving the Order of the Cross of Terra Mariana award from President Toomas Ilves for special services provided to the Republic of Estonia.  In recognition for his work on the film “The Singing Revolution”. 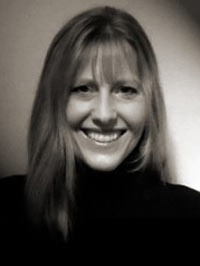 Maureen (Mo) Castle Tusty is co-owner and the primary creative director and film director for Sky Films Inc. She was co-filmmaker with her husband/partner, Jim Tusty, on The Singing Revolution, which was the first project they produced together. Her documentary films have been seen in theaters, on Public Television, and in classrooms across the country.

Previously, as Senior Producer, Maureen was responsible for many of the award-winning corporate and educational films at Mountain View Group, Ltd., their former company. She has produced films in dozens of countries around the world, and has developed a particular expertise in international production. She continues to occasionally produce and direct high-profile corporate and commercial work for Mountain View Group.

Maureen was the primary director/researcher on the Sky Films productions of To Breathe as One, India Awakes, Changing Lives: Economic Freedom in Action, and Trailblazers: the New Zealand Story. 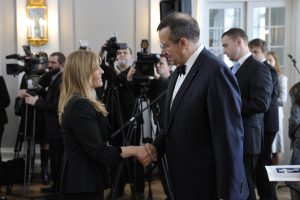 Maureen Castle Tusty receiving the Order of the Cross of Terra Mariana award from President Toomas Ilves for special services provided to the Republic of Estonia. In recognition for her work on the film “The Singing Revolution”.